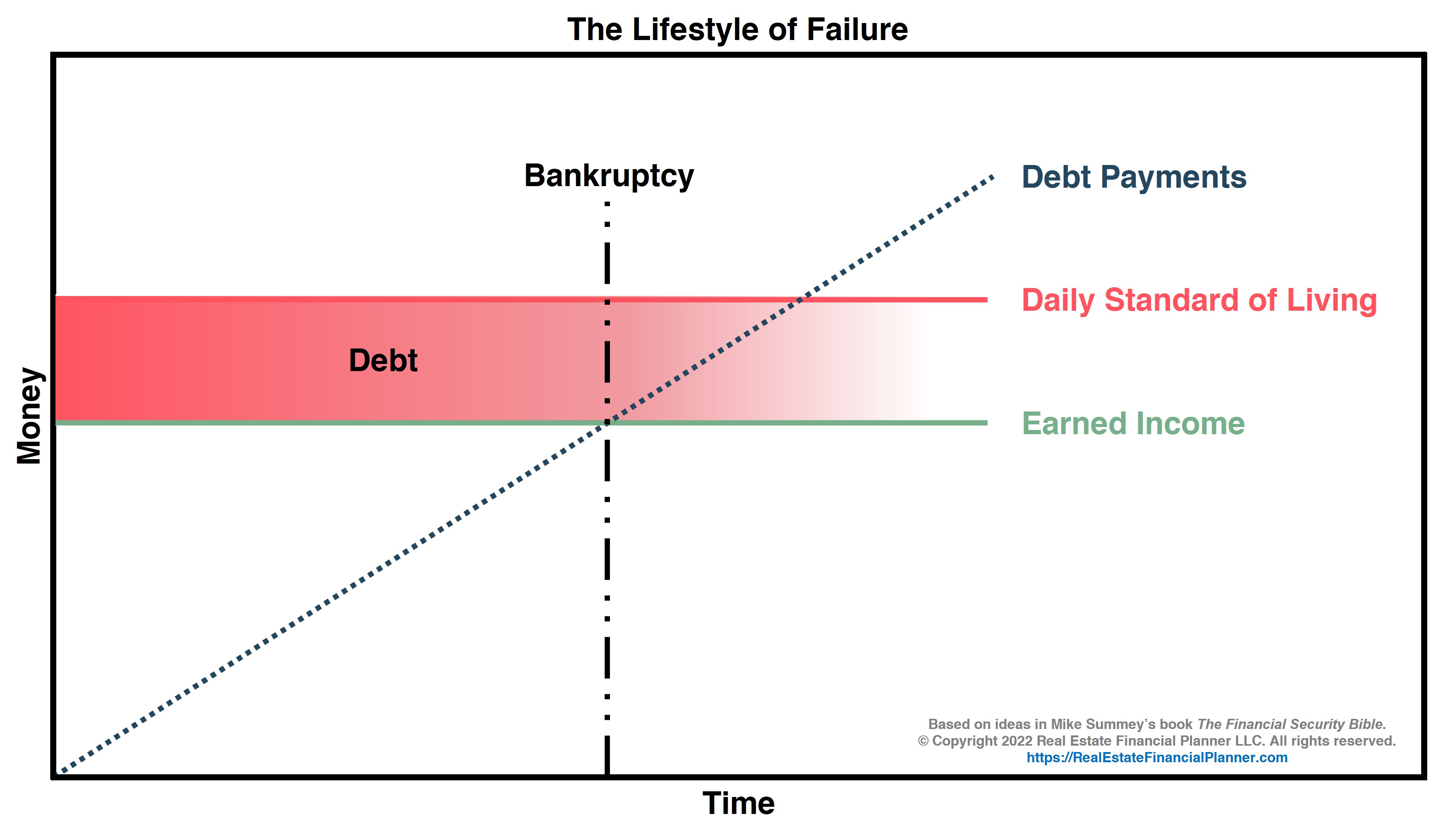 Have you ever wondered why some folks struggle financially while others seem to get better with each passing month?

Let's examine 4 different lifestyles describing the relationship these different groups have with money.

First, let's look at a cautionary tale of what not to do by looking at The Lifestyle of Failure. On the left-hand side we are measuring money. Less money is lower, more money is higher.

On the bottom is time. The beginning on the left. Later to the right. Folks living The Lifestyle of Failure make a certain amount of money.

We call this Earned Income and it is represented by the green line above.

For the sake of simplicity, we're assuming they are earning the same amount from the beginning (on the left) to the end (on the right). 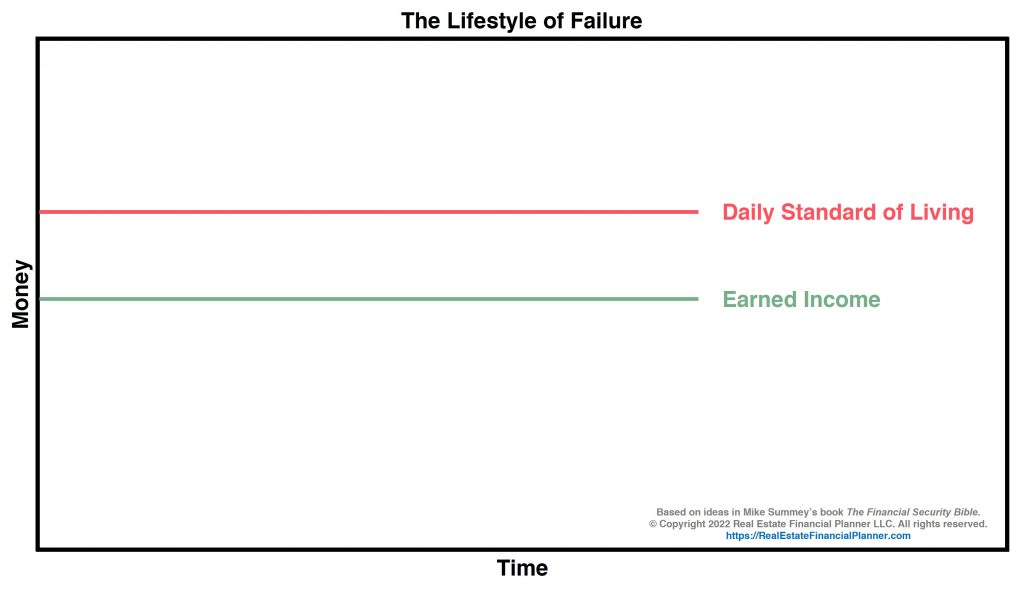 However, this group of people are living above their means. Their Daily Standard of Living exceeds their Earned Income.

Their Daily Standard of Living is represented by the red line above. There is a shortfall between what they earn (their Earned Income) and their current lifestyle (what we're calling their Daily Standard of Living).

They need to borrow money to support their current lifestyle since they don't earn enough to support that standard of living.

This results in them taking on Debt. We represent Debt with the red band above. 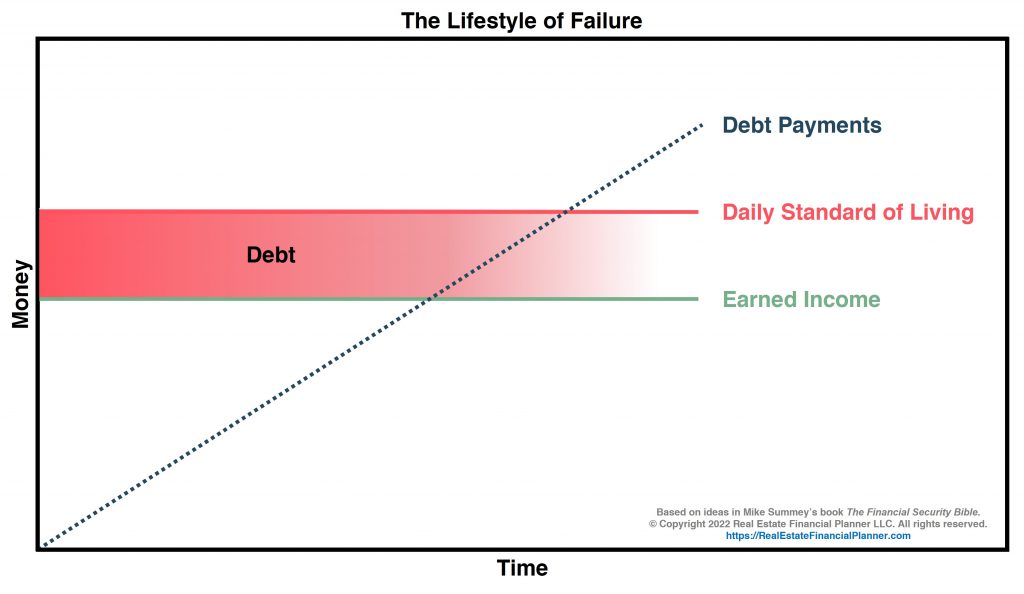 As they continue to earn less than their standard of living, they take on more and more Debt.

And they need to make payments on this Debt.

The payments on this Debt increase over time. We show this is the dotted dark blue line labeled Debt Payments above.

IMPORTANT NOTE: I first learned about The Lifestyle of Failure from Weekend Millionaire Mindset: How Ordinary People Can Achieve Extraordinary Success by Mike Summey and Roger Dawson. It is also in The Financial Security Bible: How to Build Wealth and Be Happy also by Mike Summey.