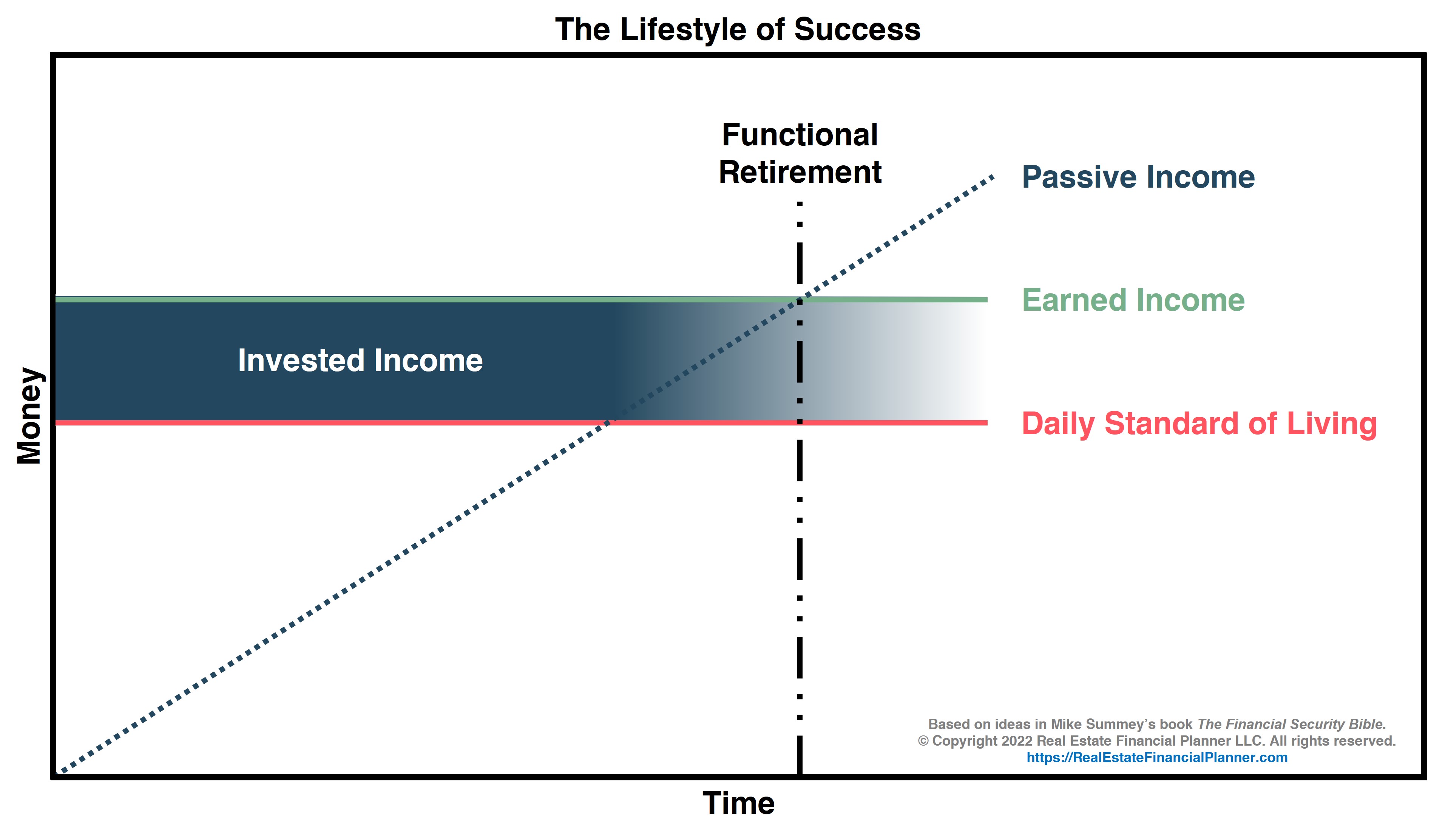 Now, we will move on to part 3 in our series on examining how folks handle their money and how it impacts their financial security by talking about The Lifestyle of Success.

In the The Lifestyle of Failure, we saw people living beyond their means and using debt that led, ultimately, to bankruptcy.

Now, let's examine The Lifestyle of Success and see what makes the difference. 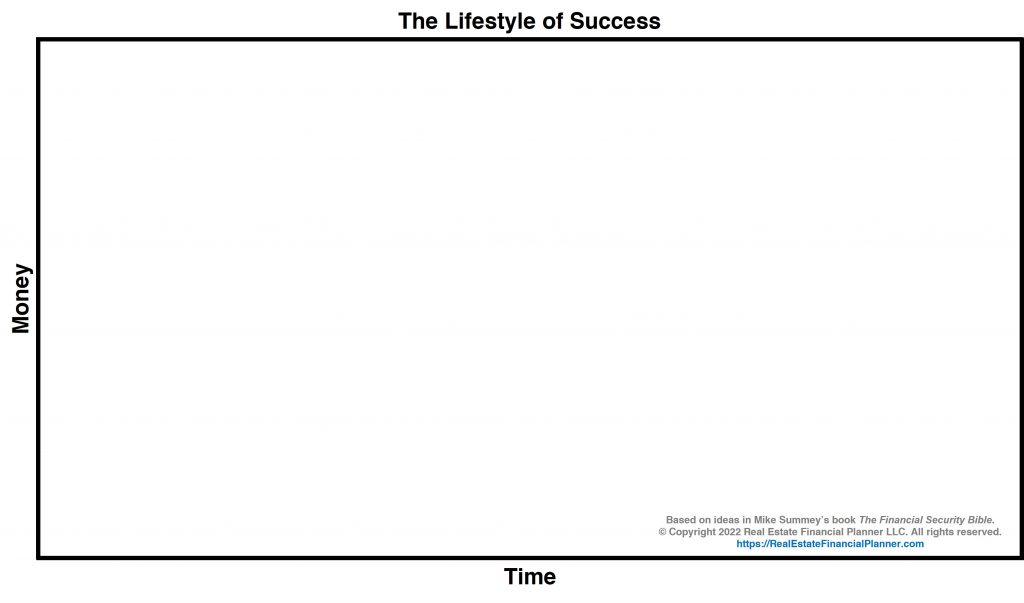 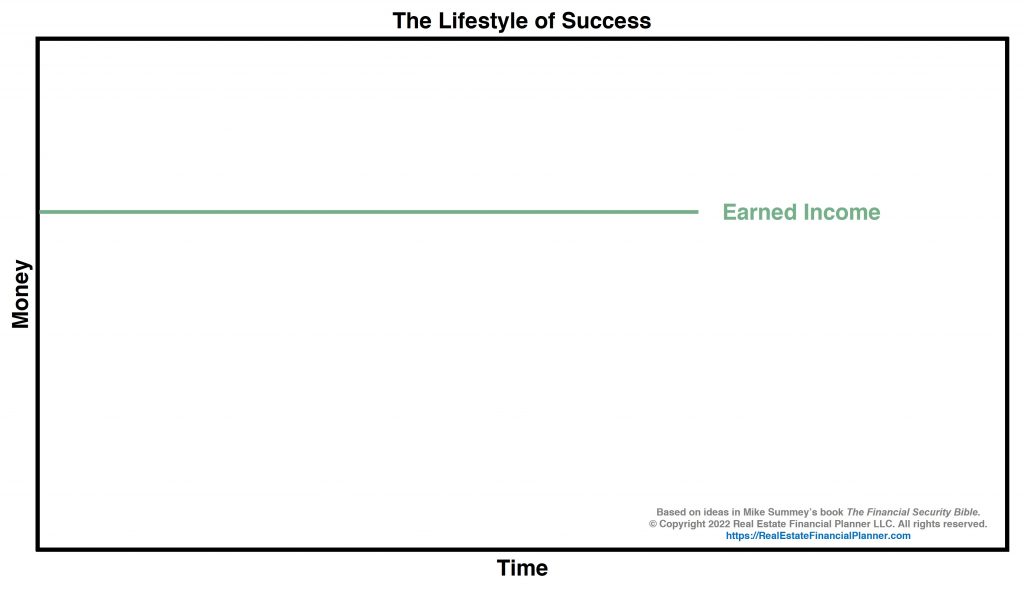 Just like in the previous two examples, the money they earn from work is called Earned Income.

We represent that with a horizontal green line. 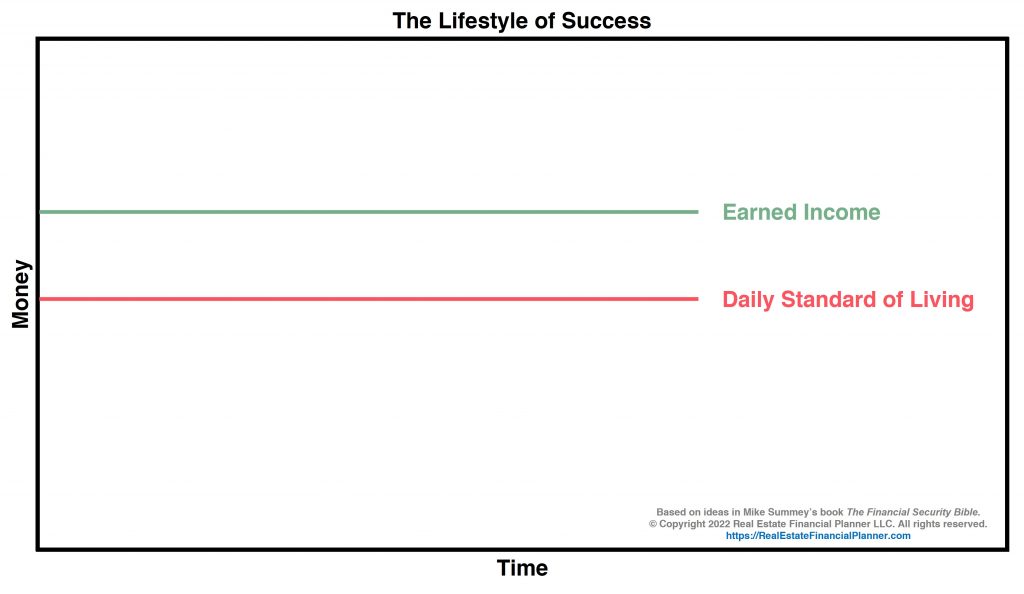 They are living below their means.

We show this by placing their Daily Standard of Living below their Earned Income.

The Daily Standard of Living line is represented in red. 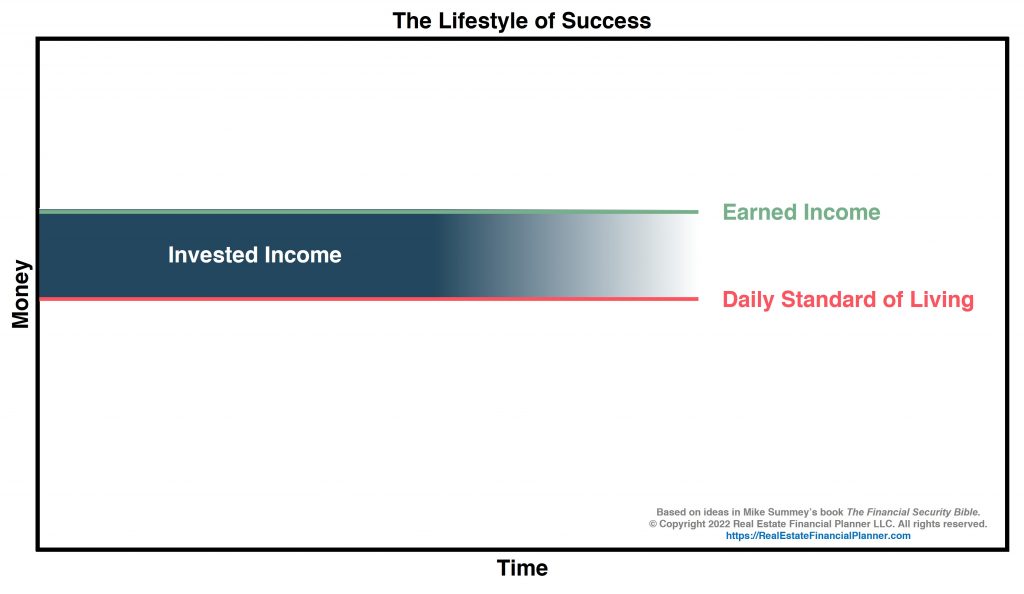 The difference between what they earn and what they spend is money they can invest.

We call this Invested Income and represent it with a dark blue band. 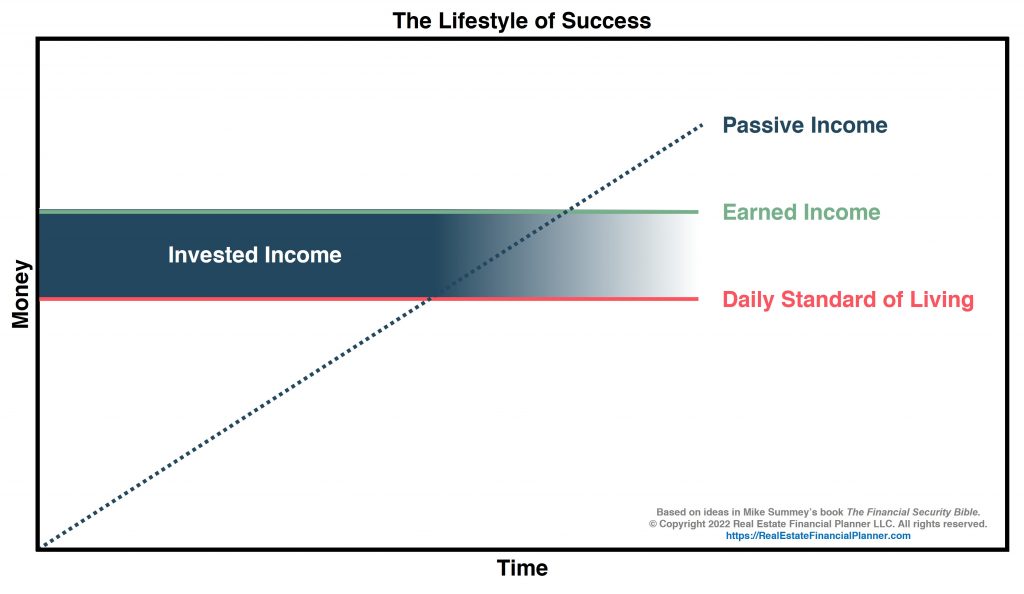 As they invest more money and that money produces even more unearned income itself, the amount of Passive Income continues to increase over time.

We show this growing Passive Income as a dotted dark blue line.

When Passive Income exceeds Earned Income they have reached Functional Retirement. This is where they could live off their investments if they wanted.

But what about those pesky irregular expenses like cars, vacations and colleges? That's what we will discuss next in The Lifestyle of Success Secret.

IMPORTANT NOTE: I first learned about The Lifestyle of Success from Weekend Millionaire Mindset: How Ordinary People Can Achieve Extraordinary Success by Mike Summey and Roger Dawson. It is also in The Financial Security Bible: How to Build Wealth and Be Happy also by Mike Summey.