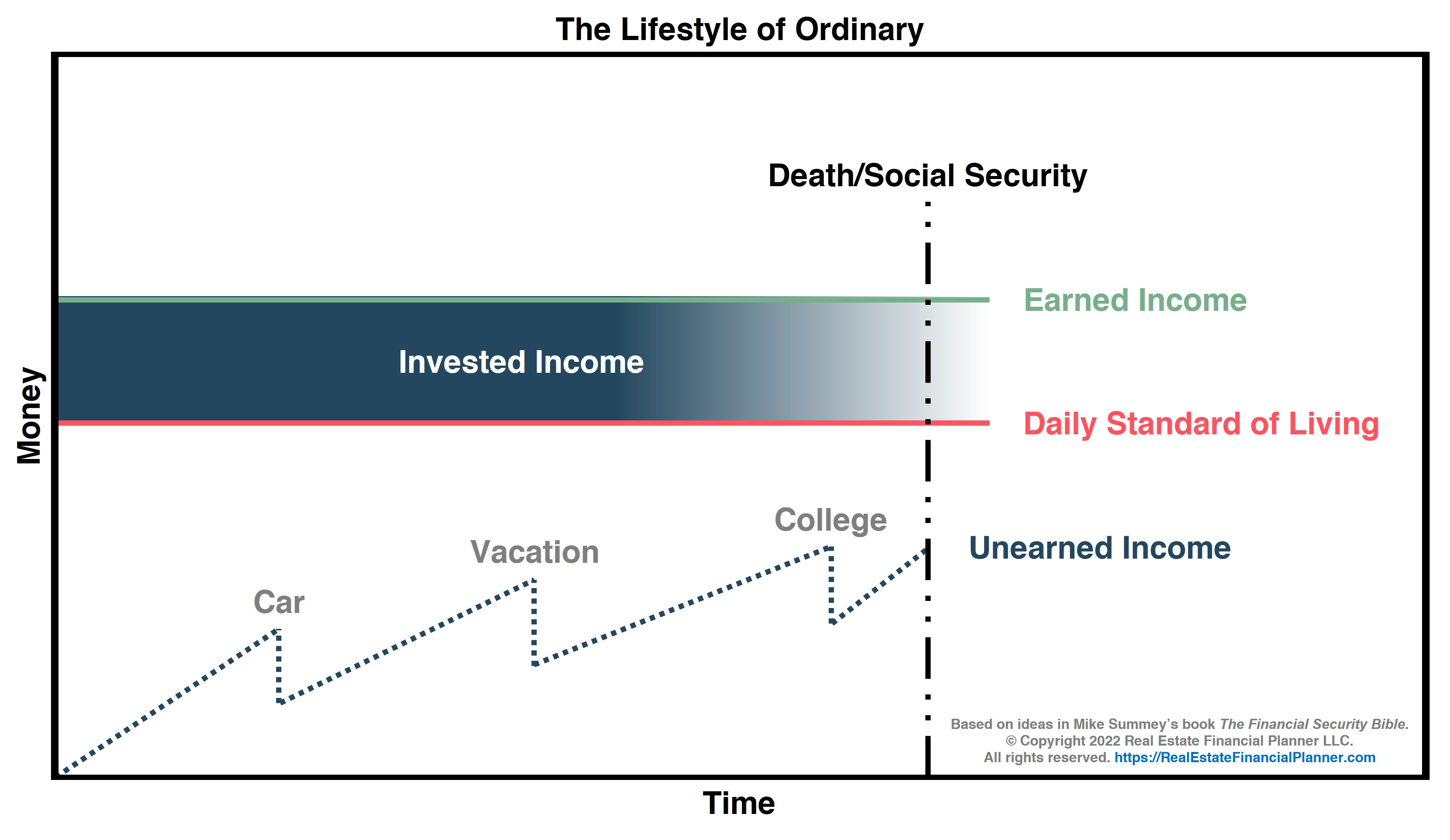 This is part 2 in our series on examining how folks handle their money and how it impacts their financial security.

In the previous part, we discussed the The Lifestyle of Failure where people were using debt to live beyond their means. 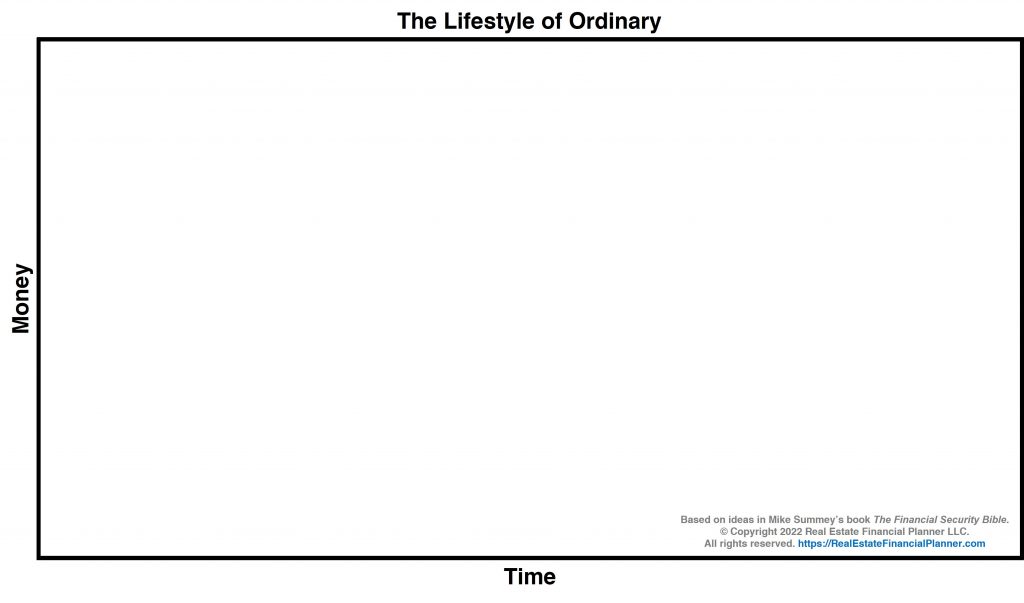 Just like before… on the left-hand side we are measuring money. Less money is on the bottom, more money is toward the top. 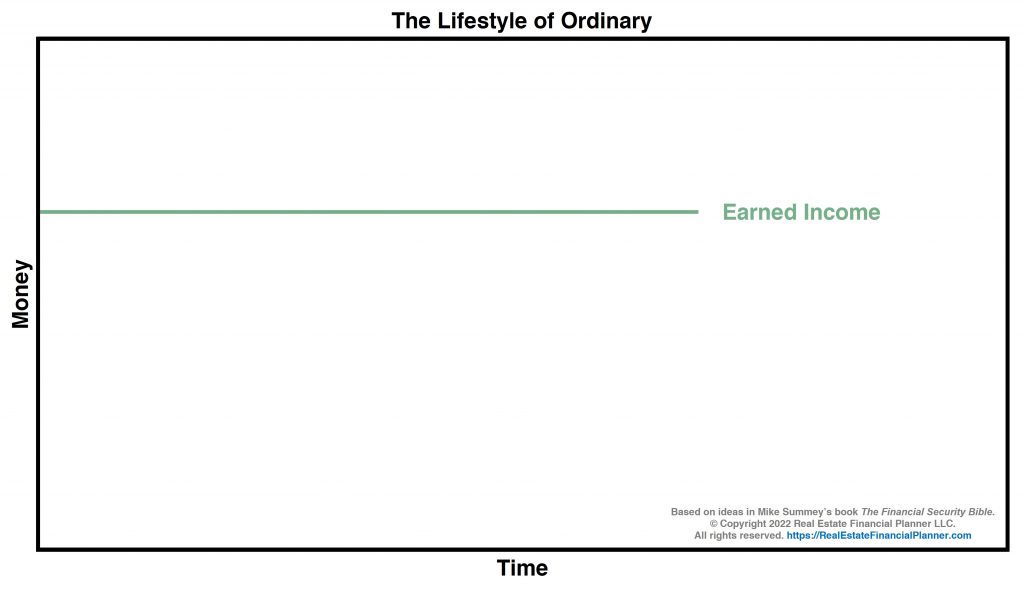 The money that people living The Lifestyle of Ordinary earn is called Earned Income.

We show that with a horizontal green line above.

To simplify things, we just assume they earn the same amount over time. 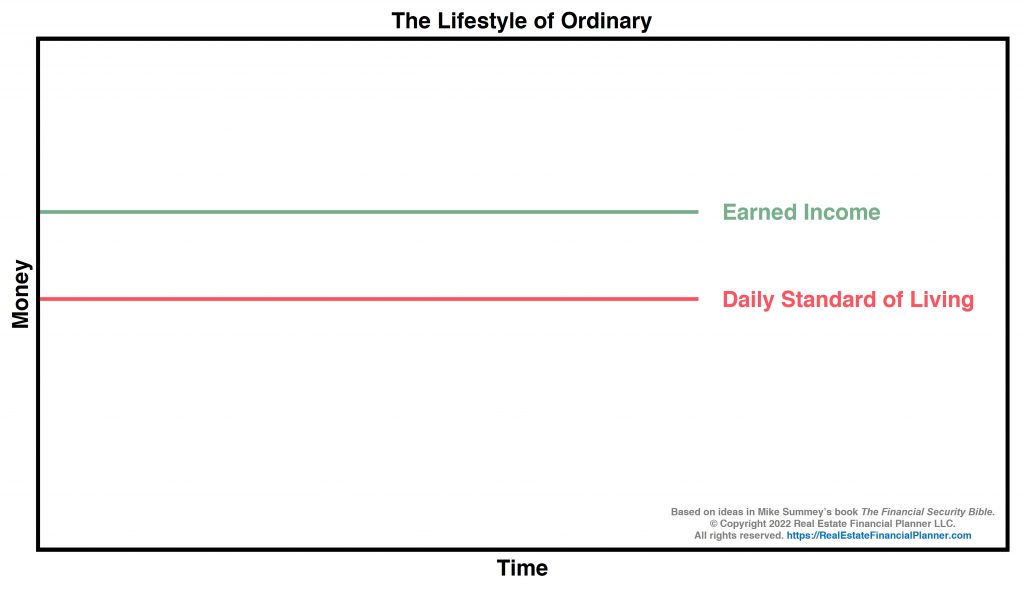 We show their Daily Standard of Living as a red line above.

Their red Daily Standard of Living line is below their green Earned Income line showing that they are living below their means.

We call this their Daily Standard of Living because it covers their day-to-day living expenses but it does NOT necessarily cover larger, irregular expenses. But, we'll talk about that in moment. 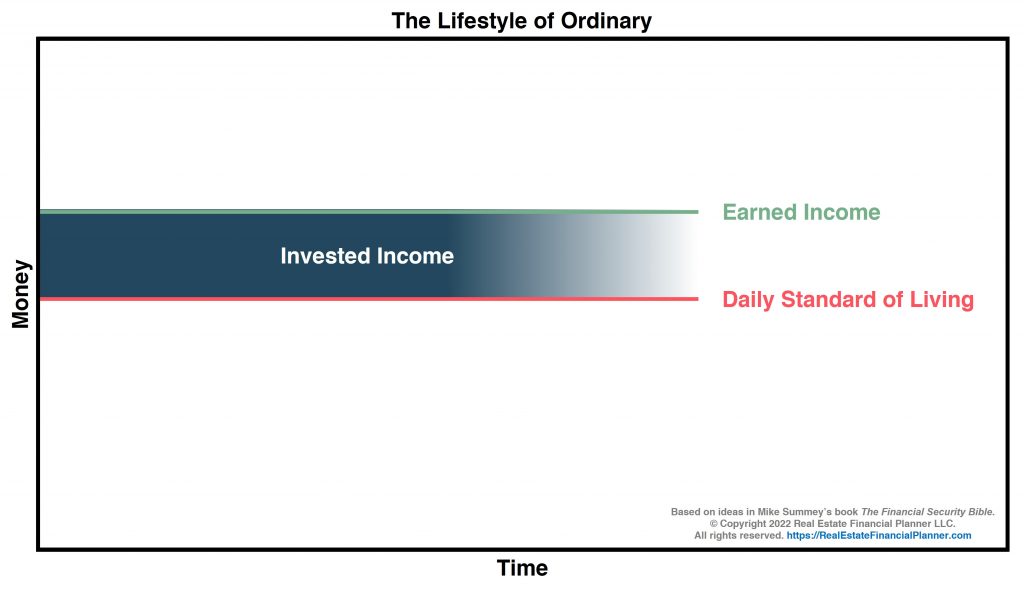 The difference between what they earn, Earned Income, and what they spend on day-to-day expenses, Daily Standard of Living, is income they received that they can invest.

We will call the income they can invest: Invested Income.

We show that as a shaded dark blue area in the chart. 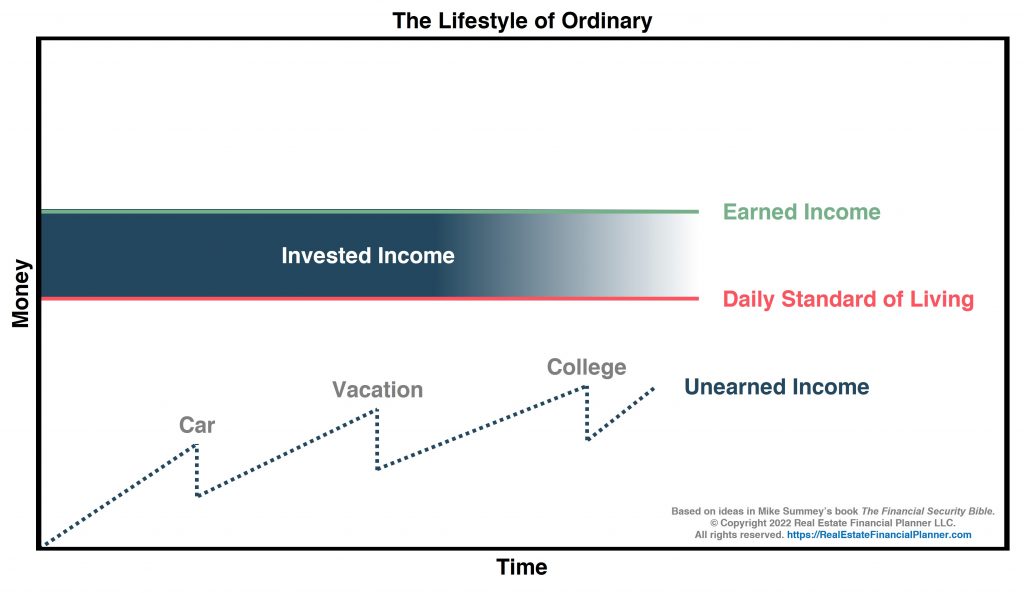 They take their Invested Income and use it to buy investments like savings, stocks, bonds, real estate, etc.

These investments start off small but they continue to add to them over time.

They also grow over time.

You get the idea… the money they invest grows from them making additional contributions from their Earned Income and produces Unearned Income from the investments they made.

But once they start accumulating some investments, they use it to make irregular purchases like a new car, a nice vacation or paying for college for their kids.

Each time they make a purchase it reduces how much they have invested and how much their earning from Unearned Income.

We represent this Unearned Income as a seesaw shaped dark blue dotted line above labeled with “car”, “vacation” and “college” where they purchased each of those items.

They continue this cycle of investing surplus Earned Income but then ultimately spending good portions of their investments and Unearned Income.

Eventually, they need to either die or start to receive social security to get off this treadmill. We represent this with a black dot-dot-dash vertical line labeled “Death/Social Security” above.

They never quite get to the point where their Unearned Income is enough to replace their Earned Income. We'll talk about that next in The Lifestyle of Success.

IMPORTANT NOTE: I first learned about The Lifestyle of Ordinary from Weekend Millionaire Mindset: How Ordinary People Can Achieve Extraordinary Success by Mike Summey and Roger Dawson. It is also in The Financial Security Bible: How to Build Wealth and Be Happy also by Mike Summey.