So far, we've already discussed how to fail, how to be ordinary and how to be successful in the previous 3 parts: 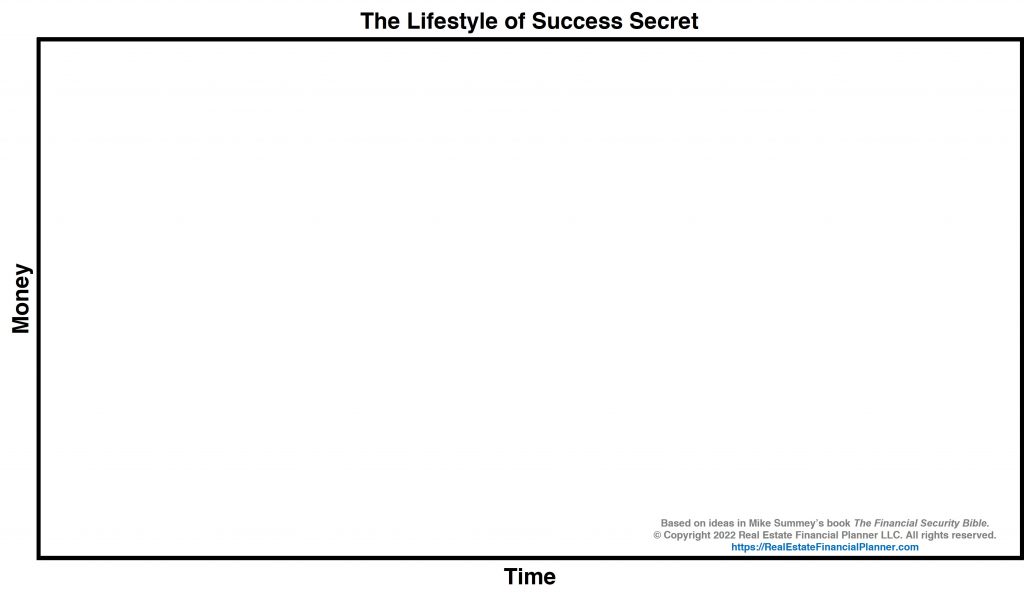 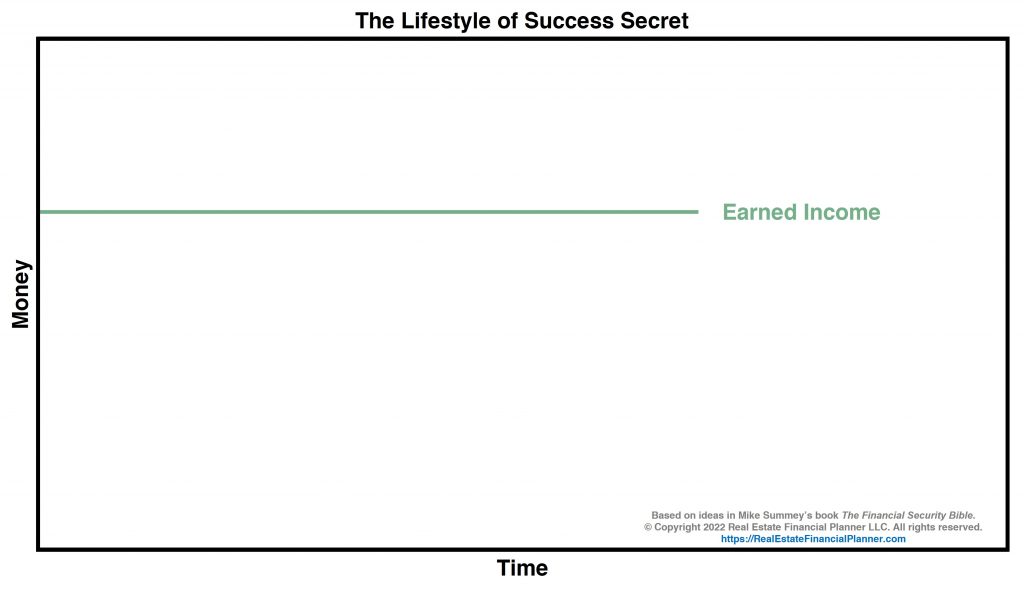 The money they earn from work is still called Earned Income and it is still a green horizontal line. 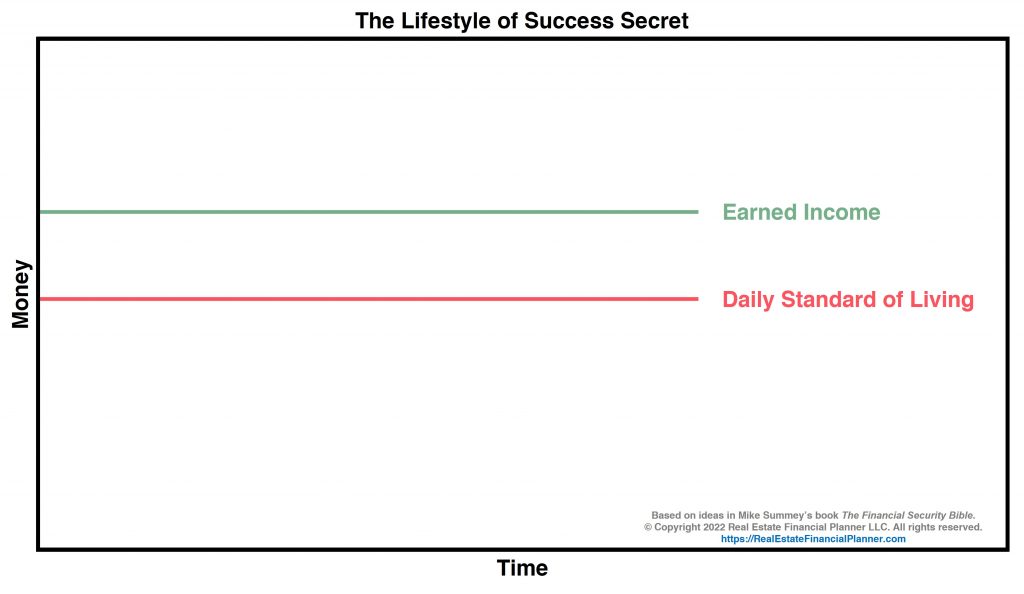 Their Daily Standard of Living is still a red horizontal line.

Their Daily Standard of Living is below their Earned Income line. That means on less money than they earn. 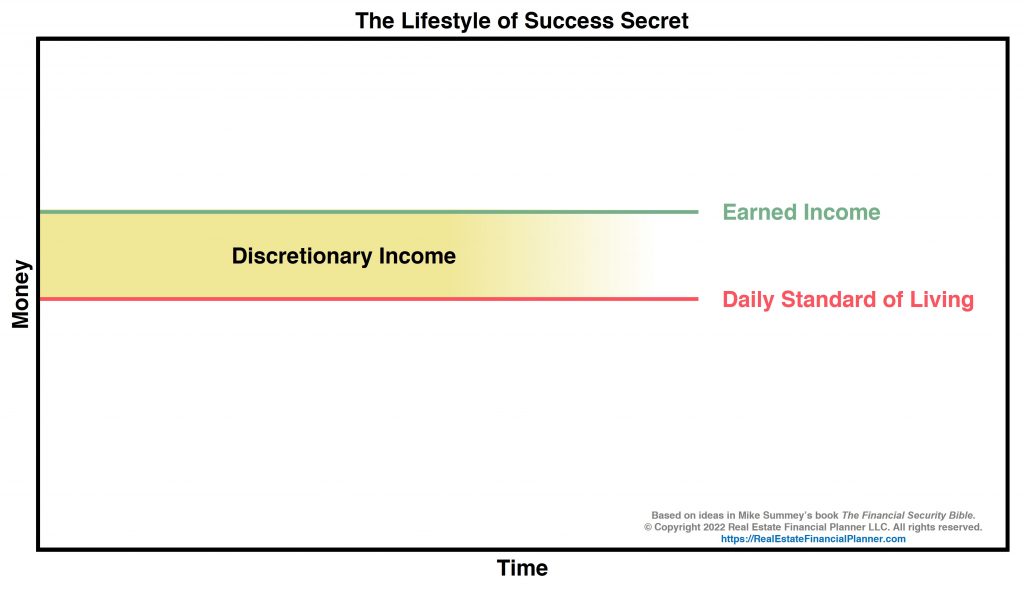 So, they'll have some excess to invest and/or save.

The amount of money they can invest and/or save we will temporarily call Discretionary Income.

We've shown that as a shaded yellow area above. 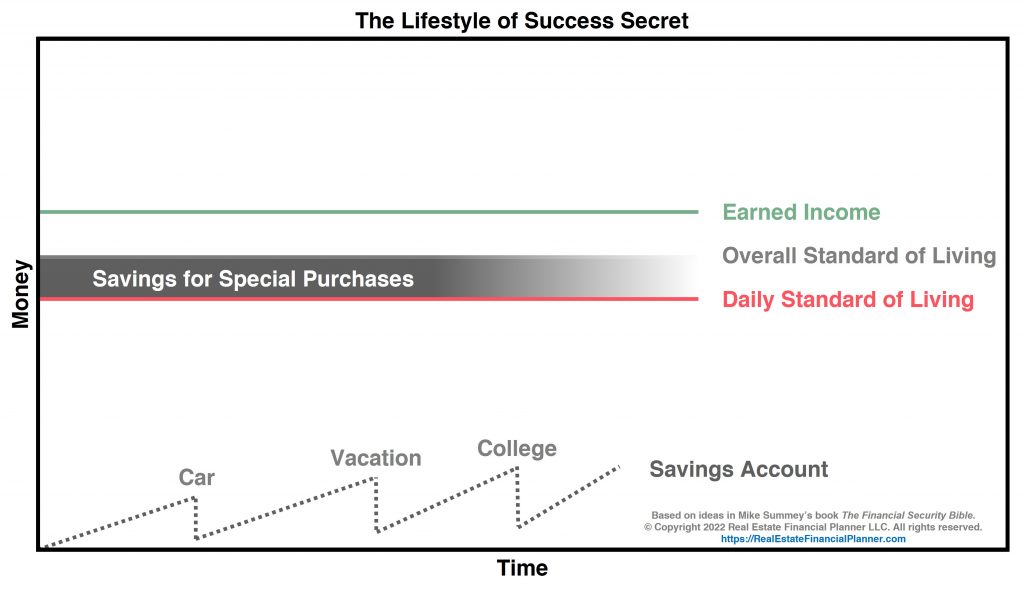 They take a portion of their Discretionary Income and set it aside for those irregular expenses they know they're going to have like cars, vacations and college.

We show how much of their Earned Income above their Daily Standard of Living they've set aside to save for those irregular expenses as a dark gray band.

We also label this line as their Overall Standard of Living.

We've also shown the irregular expenses for things like new cards, nice vacations and college expenses for kids and grandkids as coming from their Savings Account.

They save over time and that Savings Account grows. But, then they spend money from it and the balance drops. They save more and spend again. They repeat as they save then spend to contribute to their Overall Standard of Living. 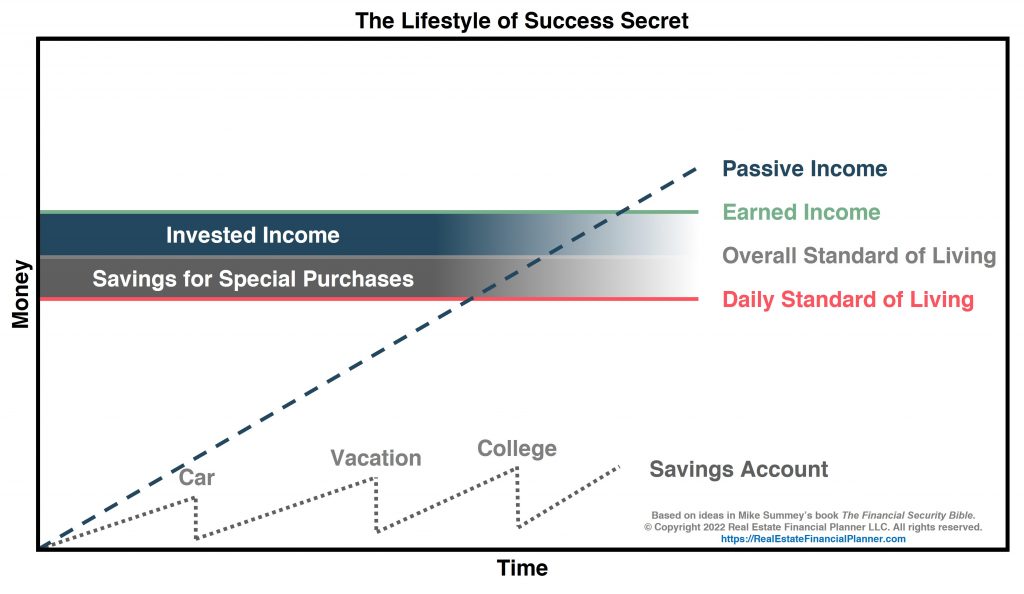 So, they take the rest of their Discretionary Income and invest that money to generate passive income.

We've labeled this Invested Income as a dark blue band.

And, as they take this Invested Income and invest it in things like stocks, bonds, and/or real estate it generates Passive Income.

We show this Passive Income as a dashed blue line.

The key is to let the Passive Income continue to grow and not to spend it like we discussed in The Lifestyle of Success.

When Passive Income exceeds Earned Income they have reached Functional Retirement. This is where they could live off their investments if they wanted.

And, in this case, they are also saving for those special purchases.

IMPORTANT NOTE: I first learned about The Lifestyle of Success Secret from Weekend Millionaire Mindset: How Ordinary People Can Achieve Extraordinary Success by Mike Summey and Roger Dawson. It is also in The Financial Security Bible: How to Build Wealth and Be Happy also by Mike Summey.